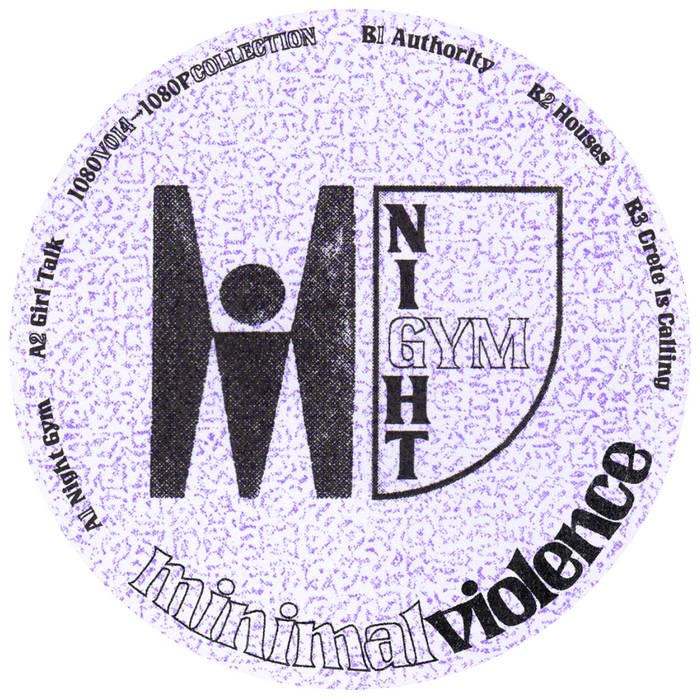 Citing influence from both minimal synth and Chicago house, Night Gym arrives hot off the heels of the duo's self titled ep on Dublin based First Second Label which closely examined the intersections that lay between punk and techno.

Recorded in February/March 2016 in the duo's home studio, the instinctual nature of live work flow plays an important role in the duo's creative process. Utilizing hardware (SH-101, TR-606/505/707, Waldorf Blofeld, Juno-60, DX-21, MPC1000) in addition to sourced samples with final compositions compiled and manipulated in Ableton, Night Gym is an example of the duo's diverse interests and collaborative nature.

The duo recruited visual support from Chicago based graphic designer Kevin McCaughey of NONPOROUS for the distinct imagery of Night Gym. As well he designed the poster that comes in the 12" and screen printed a limited run of long sleeve t-shirts available through Boot Boys Biz.

Art by Kevin McCaughey of NONPOROUS

Mastered by Rick Essig, and final levels mixed alongside Derivatives at Selectors Records in Vancouver.