"The Colours of Life" 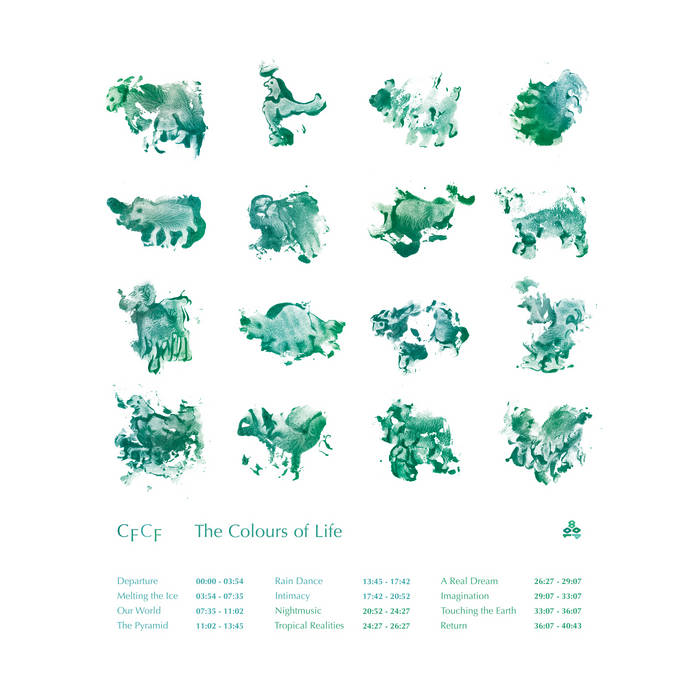 Paul Matereke where is the music?

_GOULASH_ Sounds like a mixtape Tarzan would make if he was trying to get Phil Collins in the mood.
amazing work <333333

Ben Horne Phan of Collins? Check this 40 minute track out, its badass
more...

Revolt of the Apes

Montreal’s established MOR investigator CFCF (aka Mike Silver) has been honing a specifically clear, gentle revisions and updates on the bygone luxuries of pop and new age music for years now. Following up the July-released “Radiance & Submission” on Driftless with the 41-minute long piece “The Colours of Life”, CFCF curves out into a incredibly serene peak of new sincerity, where Phil Collins “Hand in Hand” and once-ironic uplifters from the Windham Hill label serve as much as mantra as contemporary textural entrancers. The twelve movements within this piece build nto a story of the utmost realness, best told in Silver’s own words:

“I started writing this stuff in the first half of 2011. I was living in Paris for a few months in a tiny one-room apartment with my then-girlfriend, and didn’t really have any proper music equipment on me aside my laptop. I was really getting further into some really cornball music like the Windham Hill label, and some of the outer edges of Innovative Communications. The song that really inspired the first iterations of ‘Colours of Life’ is “Hand in Hand” by Phil Collins, from ‘Face Value’. It’s a super simple corny song built on a Roland CR-78 loop and just the silliest pan-global optimistic tone. And I got into the idea of doing a record of music like that, that would incorporate a lot of this stuff I was listening to and be of use as like, call waiting background music, just the most pleasant thing and kind of trying to push to the edges of tolerable cheese in some places, but also have it be totally sincere and not ironic, like actually purely pleasurable music.

Initially it was one song the first song, and then for whatever reason I had the idea to have that one morph into another one, and then another one, and eventually I had 12 pure pop instrumentals leading into each other. It was fun for me because having 2-3 minutes per song and a larger structure meant I could write small simple chord progressions and melodies that I maybe wouldn’t have explored on single tracks, and it meant I could go and meander here and get really specific there. There are a lot of obvious influences all over, like the aforementioned Phil track, a lot of Manuel Gottsching, Suzanne Ciani, and tons of different individual balearic tracks. So it was a really fun thing to work on, and I finished it that summer, and pitched to a couple labels.

Eventually I sent it to my friend Matt of RVNG Intl, where I released my EP ‘The River’ in 2010. He had the idea of bringing on collaborators to sing on some of the tracks, and we got some contributions from really amazing people, but the thing sadly fell apart for reasons I won’t go into. One of the collaborators who I will name were Dip in the Pool, an incredible pop band from Japan in the 80’s, and they are incredibly sweet and wrote two amazing songs for the record, one of which appears on their latest album Highwire Walker. Some of their work is still present here on the movements “Rain Dance” and “Intimacy”, where Tatsuji Kimura elaborated on the chords I wrote and really improved on it immensely."